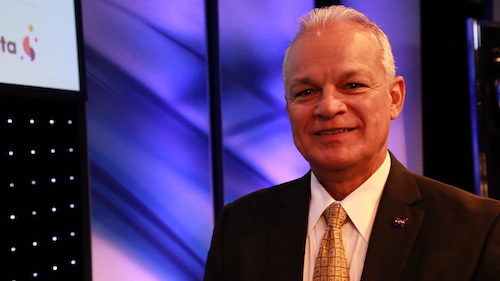 Douglas Terrier, Nasa’s acting chief technologist, said that the organisation was investigating drugs that might repair the damage to DNA, and was open to the possibility of tweaking genetic activity or altering genes.

Speaking to The Times before his appearance at a Codex innovation summit in London, Dr Terrier said that most of the day-to-day running of the spaceship would be handed over to a “strong” artificial intelligence programme capable of diagnosing diseases and directing robotic surgery because of the 20-minute lag in communications with Earth.

Other possibilities that could boost a mission to Mars include a colony on the Moon to act as a “port city” to load spacecraft with water and fuel. Nasa is also developing sun-powered ion thrusters that could significantly speed up the 100 million-mile journey, Dr Terrier said, adding that the voyage would probably involve four astronauts as a trade-off between the need to travel lightly and the risk of loneliness.

Sending humans beyond the Earth’s magnetic field for a long time will mean exposing them to charged atomic nuclei that can tear through DNA, increasing the risk of cancer and dementia. Dr Terrier said that the crew could be shielded from this radiation with armour or an electromagnetic force field, but these were likely to be impractical.

Nasa hopes to keep its astronauts safe by cocooning part of the spaceship in water and using bio-engineering to patch up their genomes.

“We’re looking at a range of things,” Dr Terrier said. “From drug therapies, and those seem to be quite promising, to more extreme things like epigenetic modification — I think those have a lot of ethical consequences so they’re still in the experimental thought stages — all the way to manipulation.”

One of the experimental DNA therapies whose progress Nasa is monitoring closely is a compound called NMN, which is expected to enter clinical trials this autumn after effectively rejuvenating old mice in laboratory tests.

Among the more radical options, epigenetic modifications would involve altering the chemicals that control the volume on genes so that their activity could be silenced or amplified if something went wrong. It may also be possible to change the astronauts’ genes to boost their cells’ resilience.

Earlier this year Christopher Mason, a scientist at Cornell University in New York, asked Nasa for permission to send into space a petri dish of human cells fortified with extra copies of the p53 gene, which appears to protect elephants against cancer.

Read the article in The Times newspaper